September is the year mark for when everything went weird a year ago. It is the month I knew I was anemic and was taking it easy and then the UTI hit in October that led to a cancer diagnosis.

No one wishes for fibroids more than someone facing some form of gynecological cancer. I was not that lucky but that UTI and doctor who just didn’t like the bleeding saved my life. 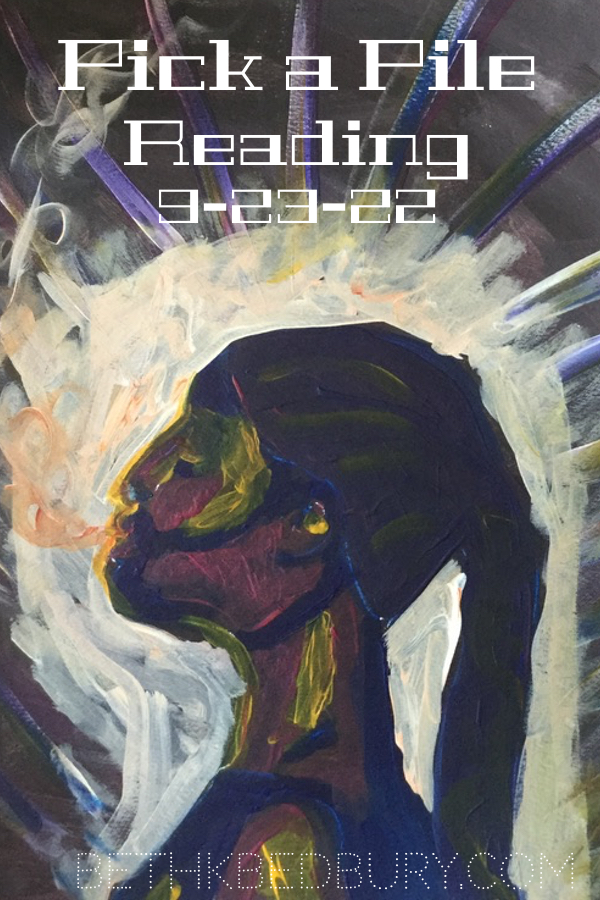 Cancer has changed me in ways I would not have thought of too. I am less fearful of small things. That I can be over it all and keep gong because the alternative is death. There are myriad of small shifts that turn into huge changes even though they remain unnamed.

At the core is me and the change that has created I want to say survivor. But I survived SLC in the 80’s as a non-Mormon, so that’s not really it. I know there’s resilience in me.

Cancer has made me more willing to be soft and drop the hard edges. To know that kindness and compassion are where it all needs to be. Love remains the energy and emotion I work from. What will next year bring? I don’t know but it all feels so very liminal.

I also started filming again. Radiation ended and it flipped a switch in me that said Film!

Here’s a catch up vlog. 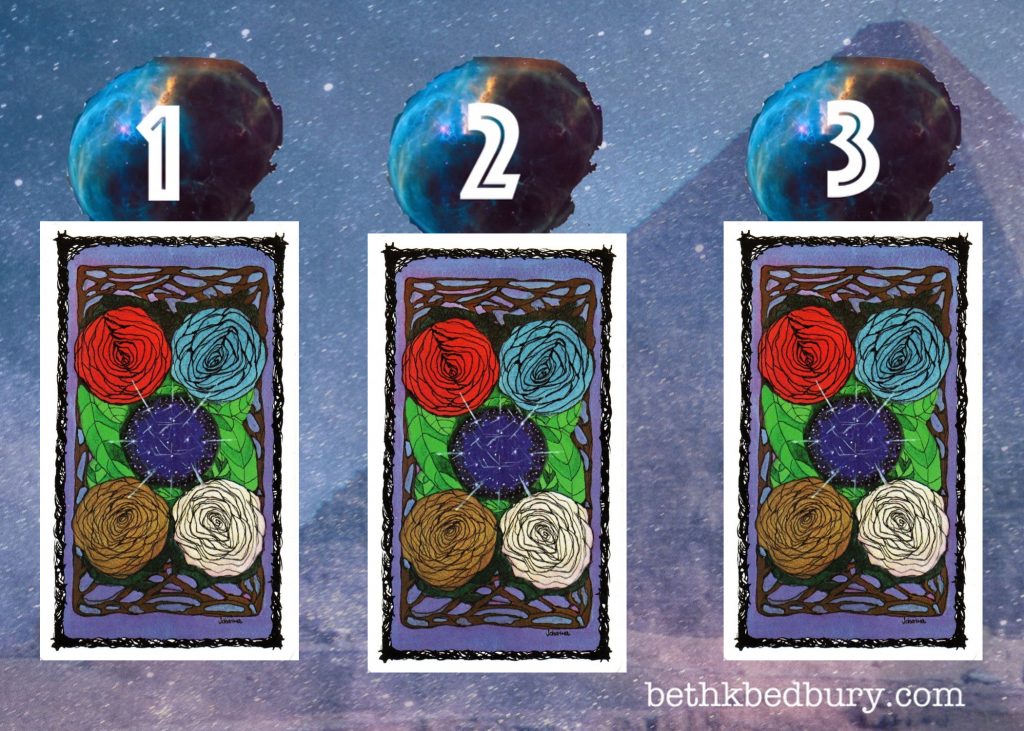 Pile One
Five of Cups and Five of Crystals

There are times you have to dump it all out and see what you have. By doing this you can find the bits you want and get rid of what you don’t want in it. This is a scary thing to do because you don’t know what will come out of it. But the thing is it will be worth it. 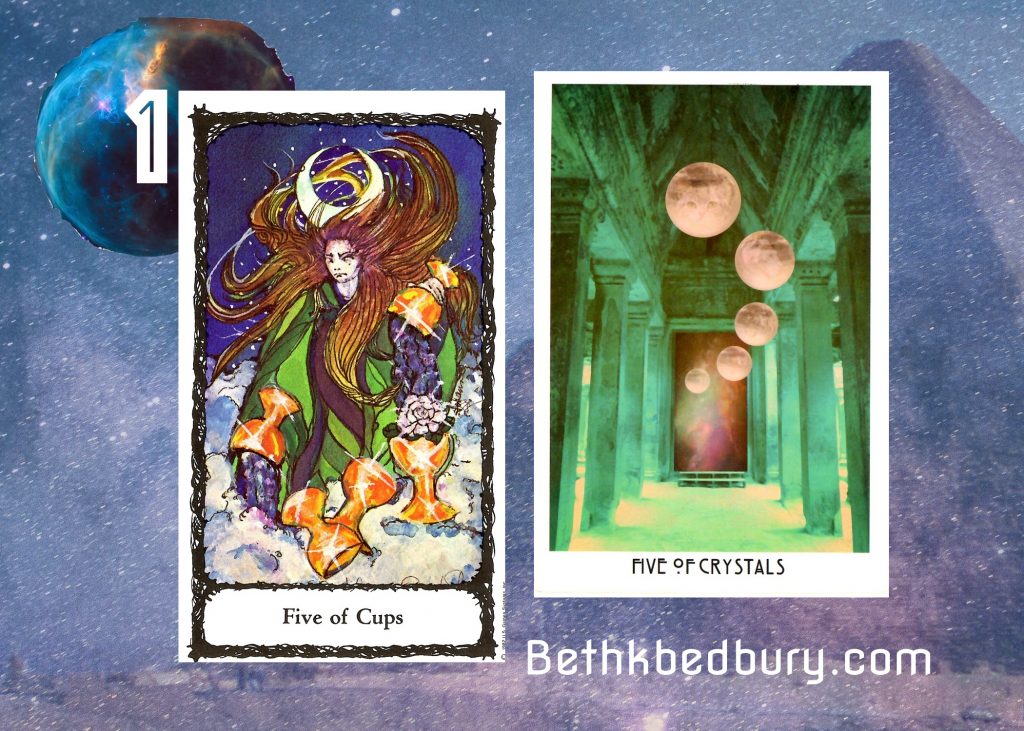 Pile Two
Three of Swords and The Chariot

Loosen up to let your heart heal. The tighter you hold on to the sorrow the more it will pierce your heart. It happened and you job is to process it and let it flow. That means you can’t cling to it and need to start to let go. You can go as slow as you need to.

Pile Three
Ten of Wands and the Star

Feeling weighed down by it all. You need to find a way to change that. Whether you pair it back or tweak it to make it feel better. The how is up to you. But until you make the changes to bring in space you will continue with that heavy feeling of having too much to do. 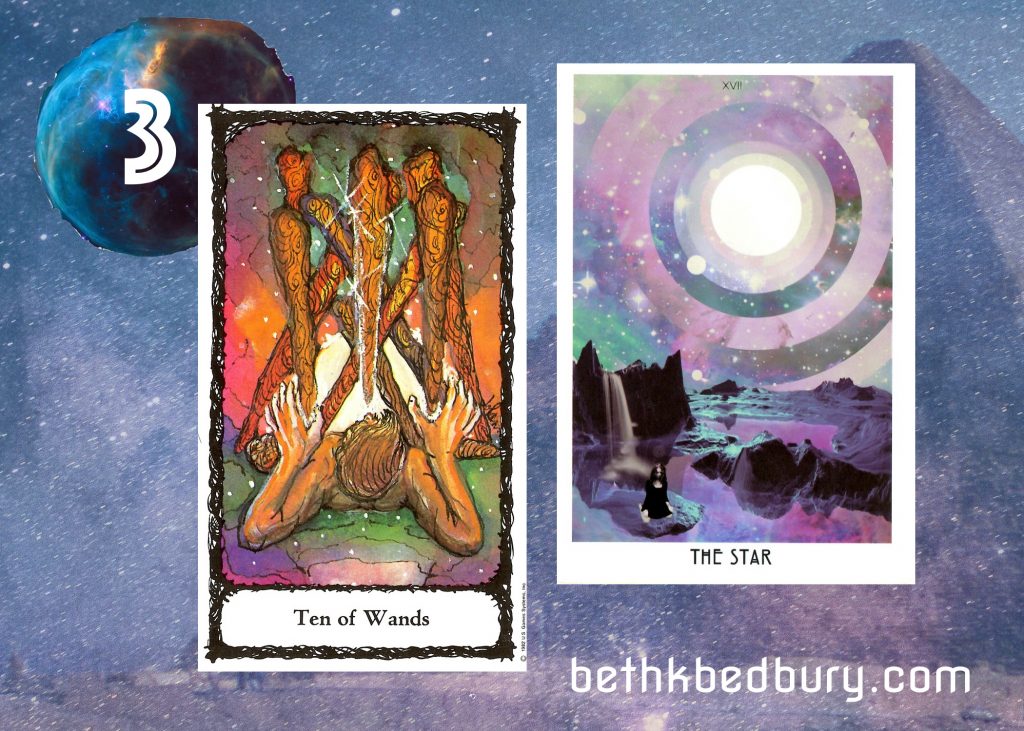