Snakes have been prodding me gently along lately. You know those online quizzes you can take and they tell you what animal ally you are or what era you are. Well I got snake on the ally one and for whatever reason felt very resistant about it. I didn’t want a snake for an ally. I wanted something better? What that was, I have no idea. Snake was not me. 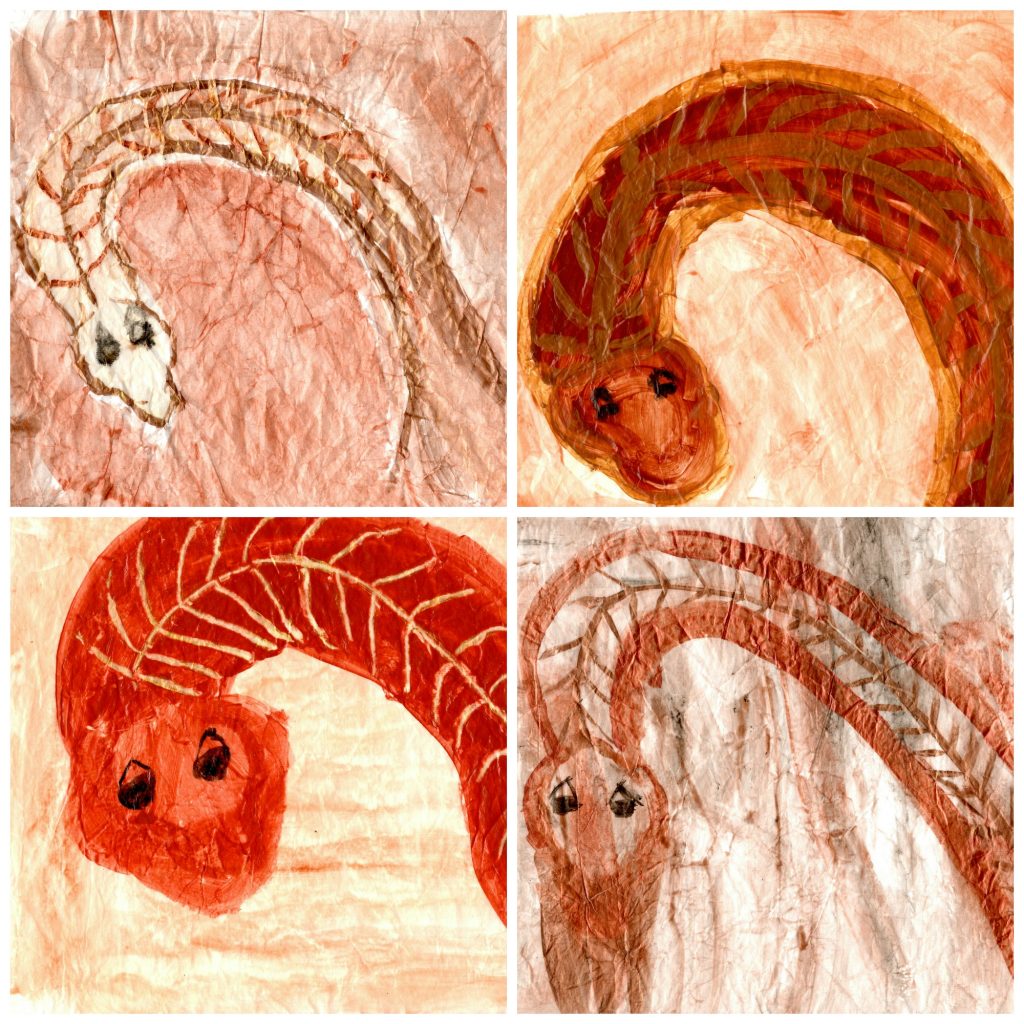 Not long before this I was running away from the Death card too. It just kept showing up again and again. And I kept not dealing with it again and again. Finally the smarter part of me kicked in and said, just let the three card spread with Death in it sit out for a day.

While Death still kept coming up the difference was that I acknowledged it and let it do it’s work. Why was I avoiding change? That was really the big question. Change is often terrifying and there is so much of it happening already in my life that it’s been more than a bit overwhelming. I was not where I wanted to be. Why not change and make a proper job of it . Once I acknowledged Death, it released the flow and it no longer felt like I was swimming up stream.

Which leads me back to the snake totem. Firstly I reminded myself that I got sorted into Slytherin ( more than once) whose emblem is a snake. (Harry Potter is such a wonderful modern mythology, love it.) Why was I afraid of a snake totem? There was a dead snake along the side of the road who I named Snakey.

Now every time I walked by Snakey I felt drawn to take him home. So I stopped avoiding my snake totem and decided to embrace it. Once again I felt things fall into place and became more open. On my next walk I grabbed a plastic bag and a medical glove and brought Snakey home. He is still in the garden finishing up the decaying process. I shall be keeping Snakey’s bones.

It turns out my tarot card for the year is 13, Death. The enormity of the changes that are occurring have made it a tumultuous year so far. But the more I just let it flow there is more ease. Resistant is futile to quote the Borg. It truly is when dealing with change. Even if you try to ignore it you still change. Change always wins in the end.