She caught my imagination, she’s the Great Queen of the Underworld/Earth in Mesopotamian mythology. She is most known for her appearance in the Descent of Inanna who has proved more popular than her sister/aunt.

There’s a tendency to go for the “lighter” Goddess in instead of the one who seems mean and petty when it comes to the descent poem. For me Eurishkagal has always been a mistress of her own space and that those who enter there need to show proper respect to her and hers. She demands respect even from her colleagues the other gods. 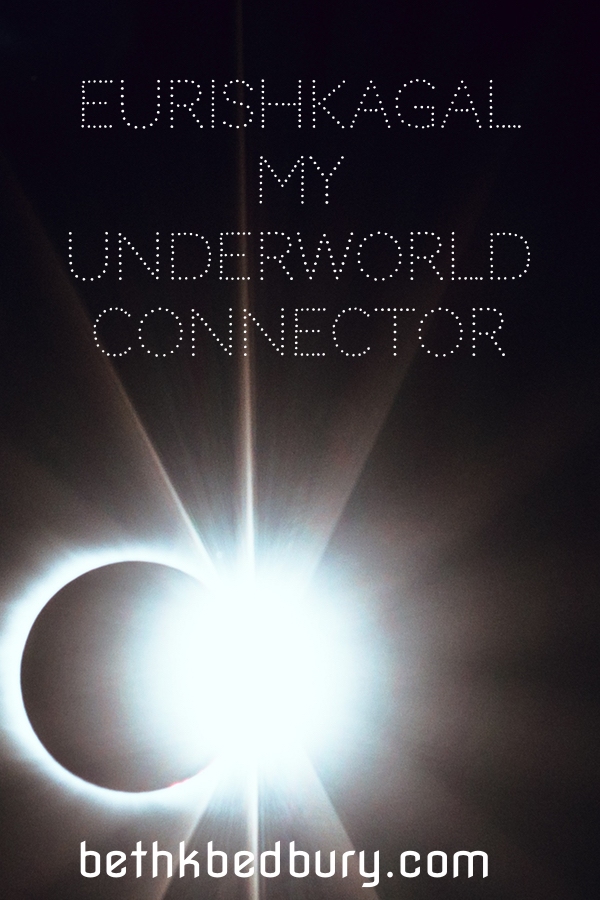 Eurishkagal rules the land of the dead and the underworld. She rules that which we want to hide from, to excise from our beings. To kill if you will. Eurishkagal is a goddess of shadow and very dark shadows. She will set the price and expect you to make good on that price. Eurishkagal can be a harsh mistress but when you learn and listen from her something else takes hold.

You realize that sacrifice can be a gain. That what you need to get rid of is often the price she asks and you have to leave it by changing into what you need to be. There are times this change needs to happen in the dark, it needs the shadow to let it be what it needs to be.

Let your shadows empower you and see how you can use this dark self to create empowerment in love.