Frigg: Faith must be used to be created

Frigg came to me in a dramatic fashion. I was painting runes one night when clear as day I heard a man say, “Frigg”. Nothing more than that name. I stopped painting and looked up and thought there is no way to say I did not hear that name. There was no way to ignore it and say that it was nothing, so I didn’t. 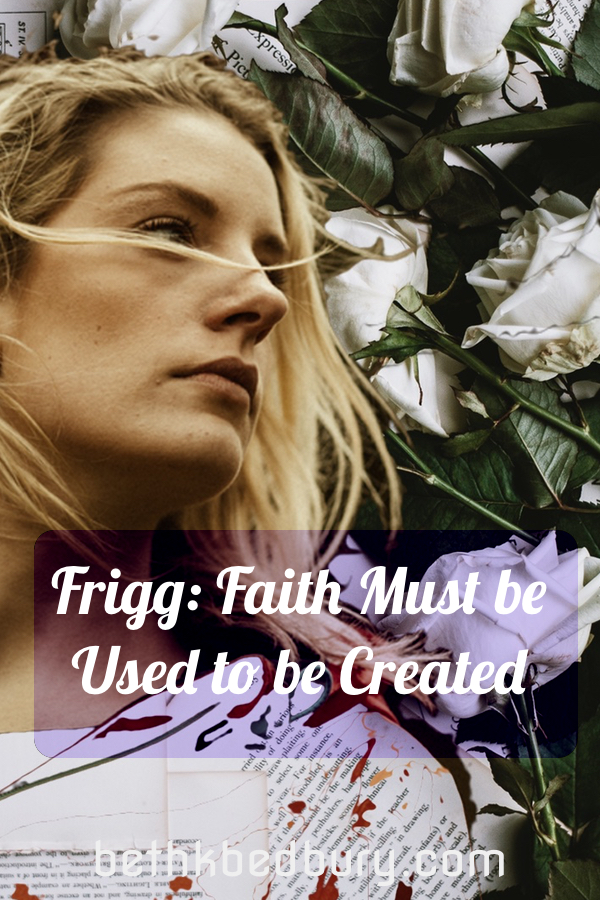 I decided to explore her and find out who she is. There is a lot of attention paid to the male gods of the Norse pantheon and not a lot survives on the females. There are stories about the women of the pantheon but nowhere near as much as there is on the guys. That whole male, christian, priest, setting down the stories of the northern Europe probably has a bit to do with it along with that whole oral tradition thing.

This is the point where I went from books into working directly with Frigg. You can only learn so much from reading about deity, there comes a point where you need to start experiencing them directly. There are limits to knowing a deity by only working with them in a book. For me part of what drew me to my path is this working directly with deity, that there are no intermediaries between us. I wanted my faith to be one of contact with the goddesses and gods I chose to work with.

In so many ways Frigg and I are still getting to know each other. But each year since her name was said to me I take time to honor her on the Winter Solstice. I make time to sit with her, have a glass of wine and chat with her in circle.

Catch me up on Insta