There are a couple of things that are happening this weekend! 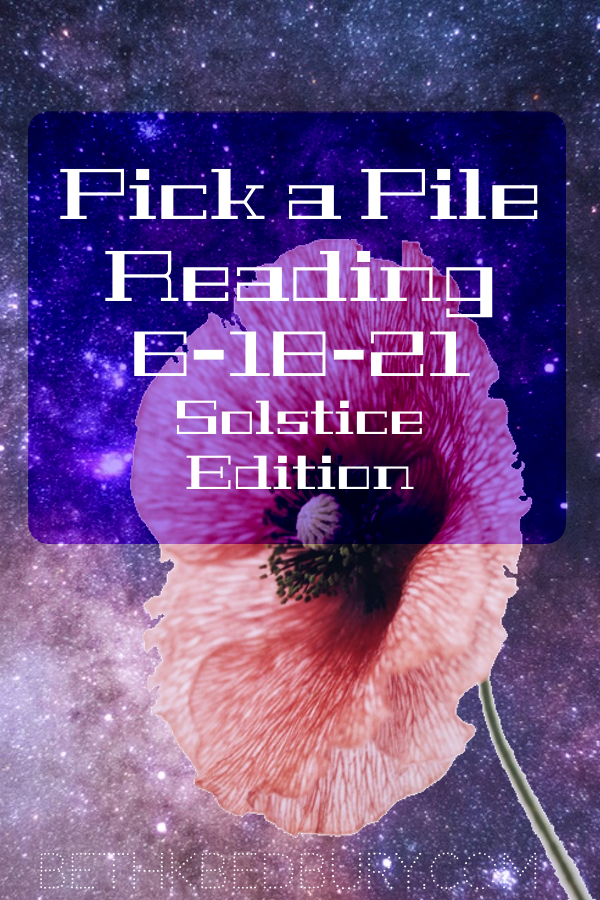 Back when I lived in Salt Lake City at one point i went to a lot of public ritual. Now Summer Solstice in the United Sates tends to be around Father’s Day.

The ritual is taking place in a poplar place to picnic on Father’s Day and it is cooler in the canyons then down in the valley. Everyone is headed out and up to enjoy the day. But then they get a tall dude running around in a fur lion clothe type thing with a ritual knife.

Yes, the police where called and not the knife was never out. The head of the ritual explained what was going on and that all was well. But that was one ritual that almost didn’t happen. 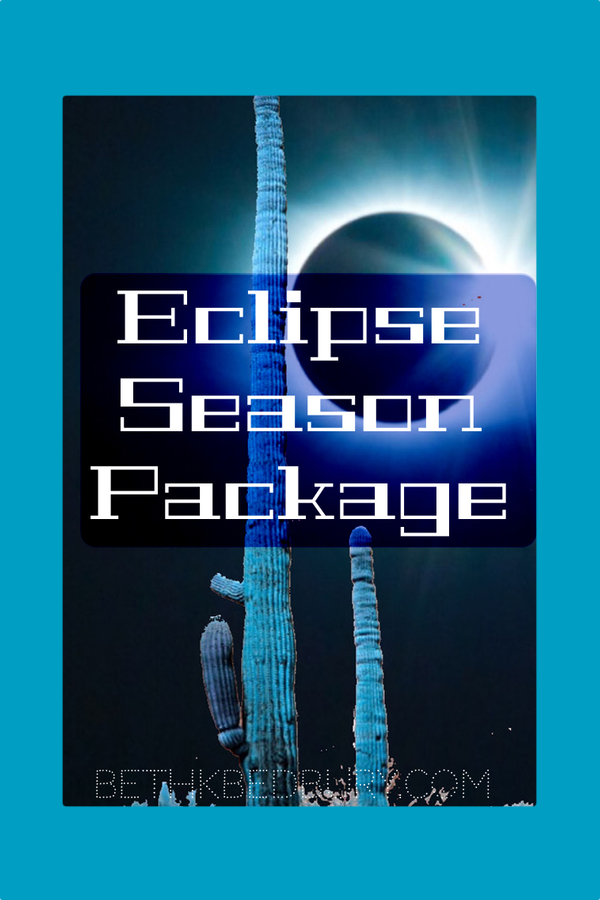 Did you pick up the Eclipse Package yet? 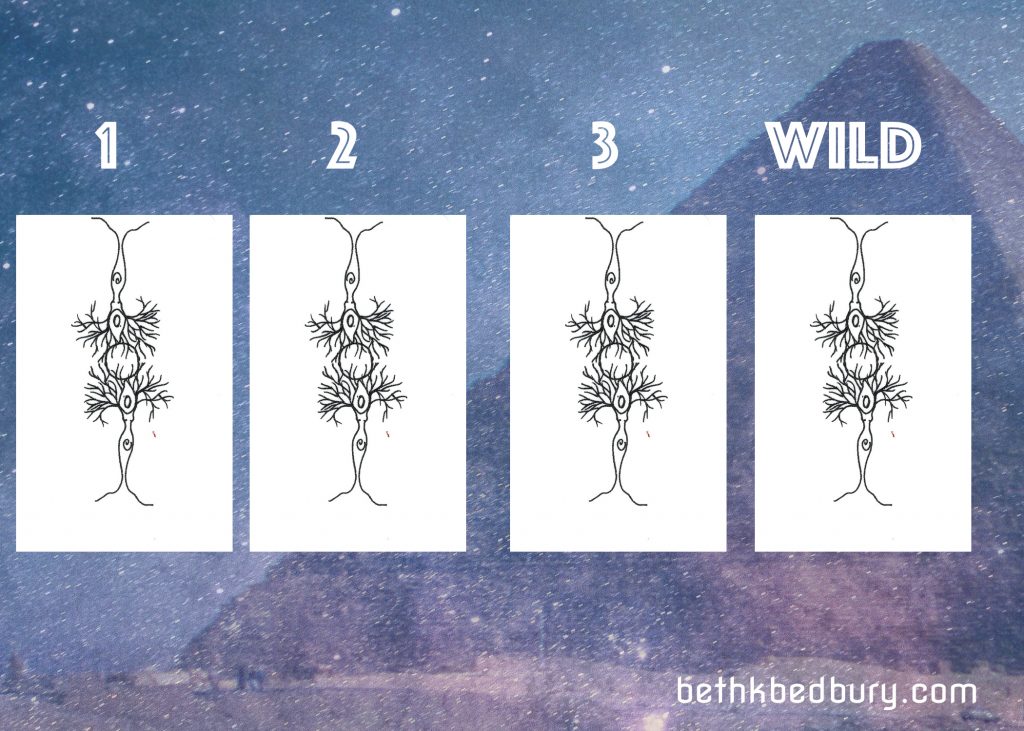 Pile One
Judgment, 4 of Diamonds, & Rikbiel

How’s the self judgement going this week? If you are convicting yourself all the time for not getting it right, you will never get it right. Until you love yourself enough to cut you some slack, it just is going to feel stuck and tight. Drop the judgement and bring in the love of the angel Rikbiel. Where is this happening in your life? 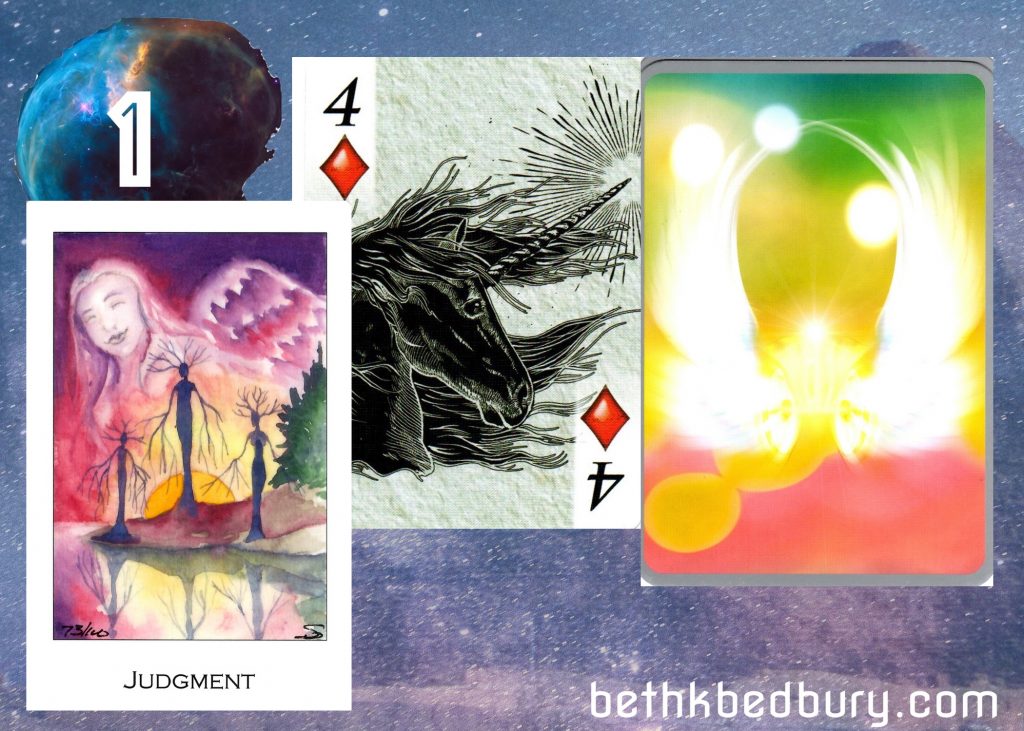 Empress, The Queen of Spades, & Dokiel

What’s buried and you can’t get to it? That’s the thing when you never stop to check out how you are doing, you tend to get buried and burned out. What you needs are don’t matter because you got it done! Getting it to the goal is all that matter is a message that gets fed to you a lot. That’s not the only way because it is time to back off and get in touch with your life. Where are you ignoring the burnout? 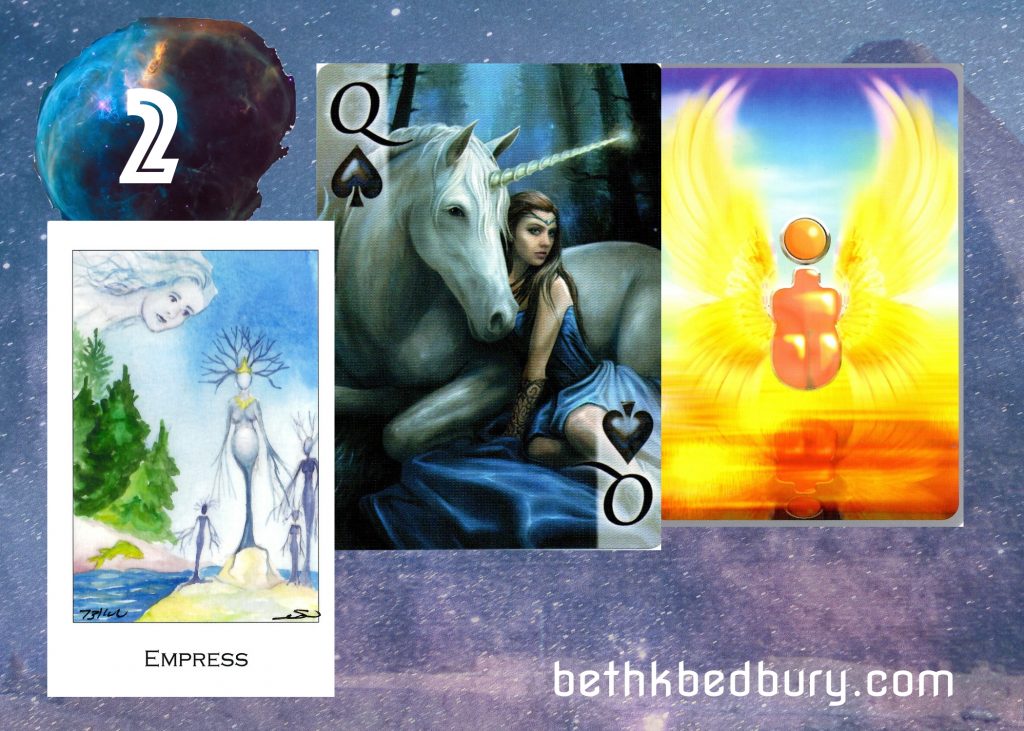 What are you keeping? This is a call to make a choice to keep it all or start to let somethings go. If you keep it all that’s a lot space being taken up and not a lot of room for growth. You want to know what’s worth keeping and what you can do without. Reliving an old argument over and over, again and again can probably go. What’s worth keeping? 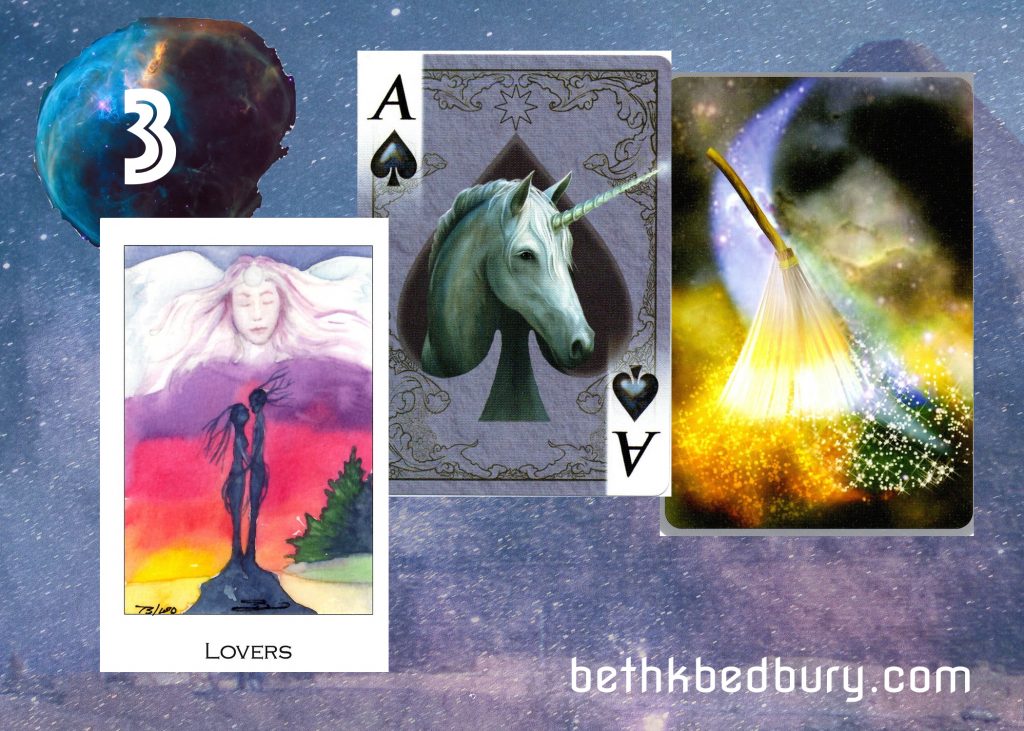 Wild
Chariot, 9 of Clubs, & Crown of Love, Power, and Wisdom

How fast does it really need to be? Life can move quickly at times and that’s okay. But other times you need it to slow down so you know what’s going on. The Chariot has you chomping at the bit to do it, do faster, longer, more and more. Until you stop and ask what just happened because you weren’t paying attention. You need to work smart right now instead of faster. Where are you rushing it? 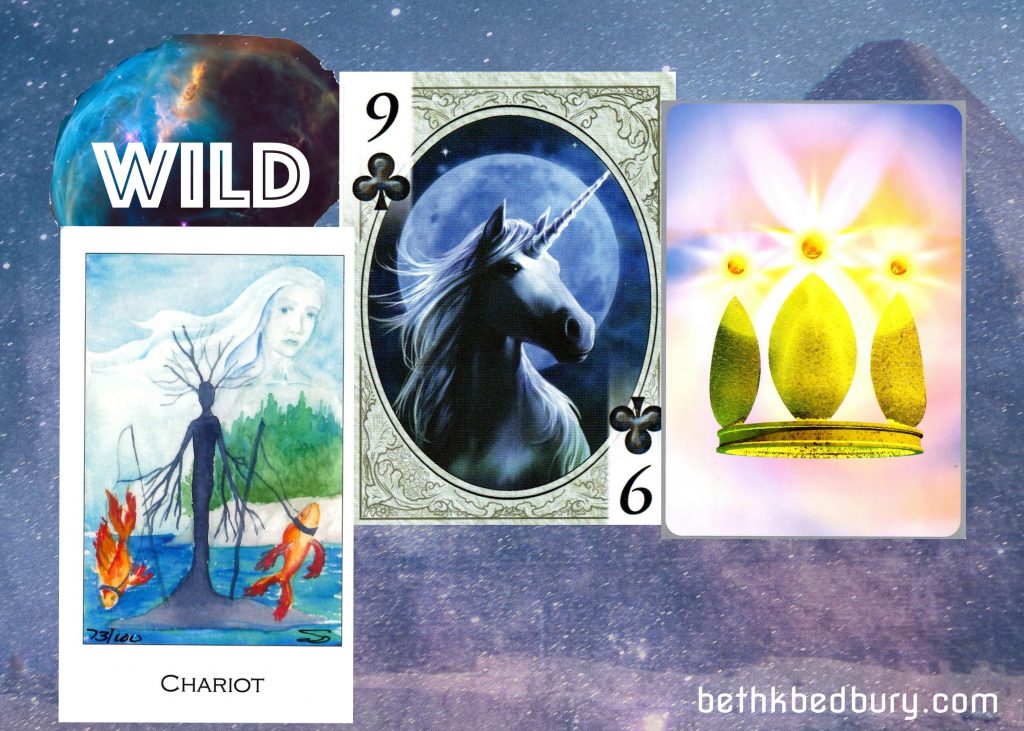 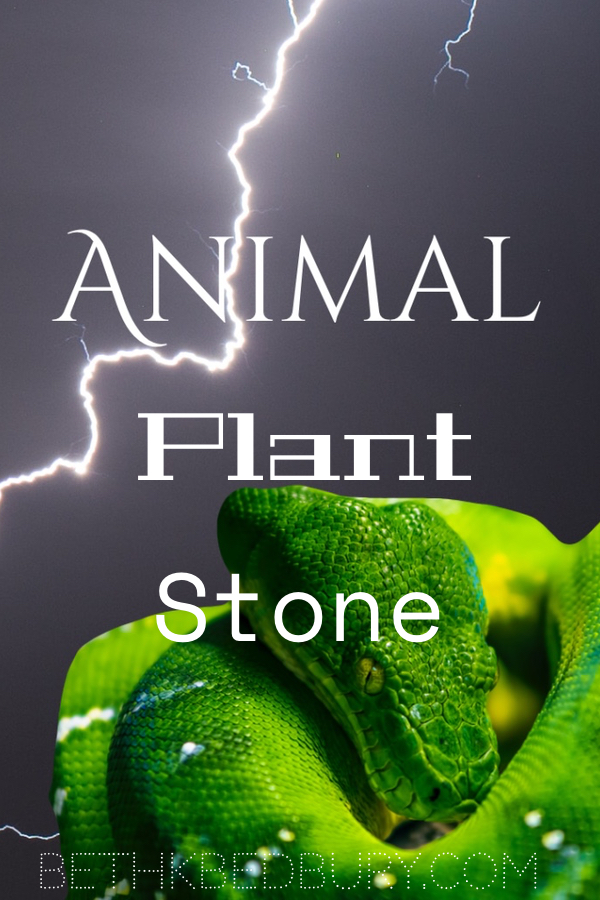