It tends to inspire dread in a lot of people but with a few simple tweaks you can have a fairly successful one. Mercury Retrograde doesn’t have to be one full of angst and trying to not sink.

Give yourself plenty of time to get places and do things. This has to be my number one tip for Mercury Retrograde. It will make loads of difference when it goes sideways on you. 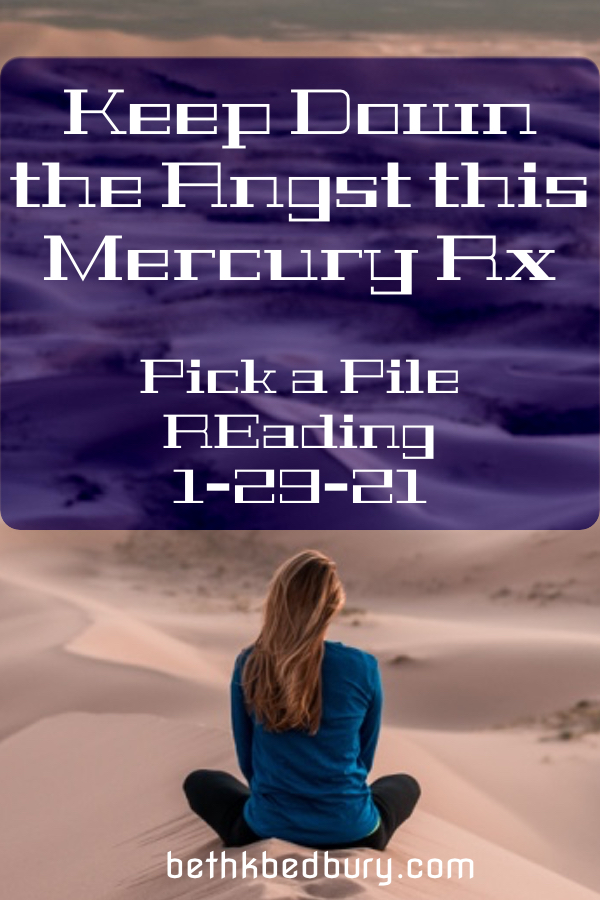 Forcing it is not going to be what works. Something not working, go get something else done. Because what happens is you spend a long time trying to get it to work instead of accomplishing anything.

By backing off from something that’s not working in Mercury Retrograde and getting something done you end up frustrated with nothing done. This used to be me.

Once I stopped trying to make what was not working, work, life got better during Mercury Retrograde. Instead of working on the thing that is not working, I’d go do something else.

Which feels tons better because you get another thing done instead of nothing. Even if you have a deadline back off it is not going well. Come back later or another day. Mercury Retrograde will be so much better if you follow this simple tip.

Friday Vlog is up

You can catch Modifying a tarot deck and a deep dive into the Fool here!

This week’s deck is the Mystical Dream Tarot.

Card One
Carrier of Dreams

Are you carrying your dreams or are you burying was the first thing that popped into my mind. That means you need to support your dreams. Look at how you can create them instead of telling them you can’t. Build yourself up with positive words. The Dream may show up in an unexpected manner but you need to support it and give it room to grow. If you realize that it is not what you want, look at if you change it a bit. Will it work with that change? If you do realize you are working on something you no longer want it is all right to stop working that Dream, realization is not failure. 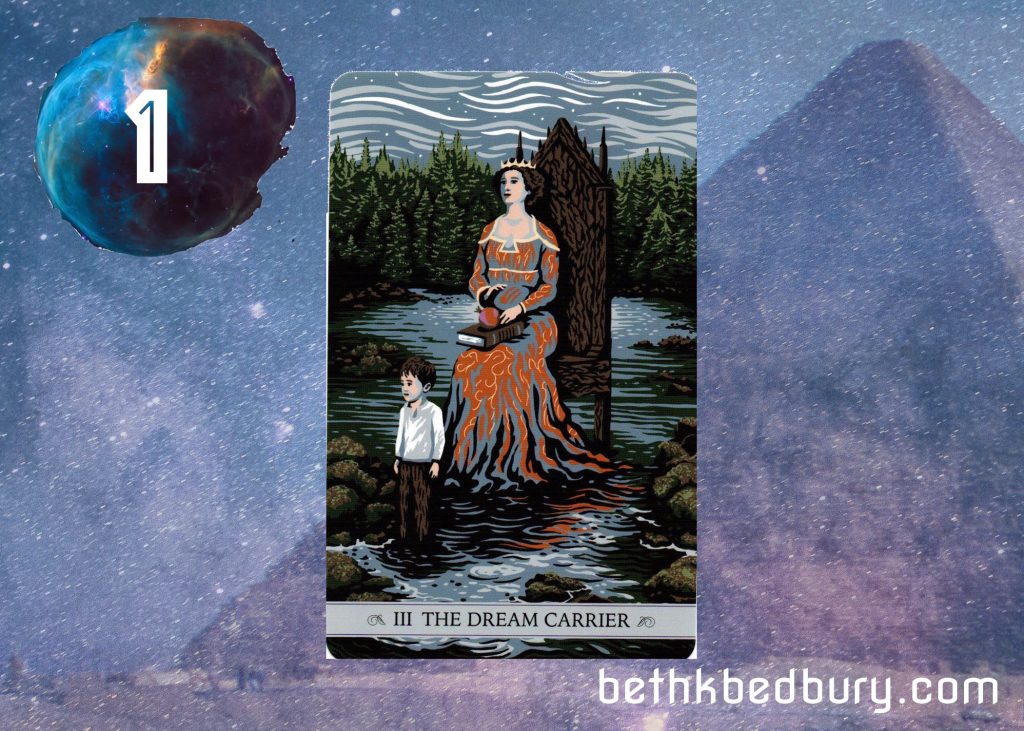 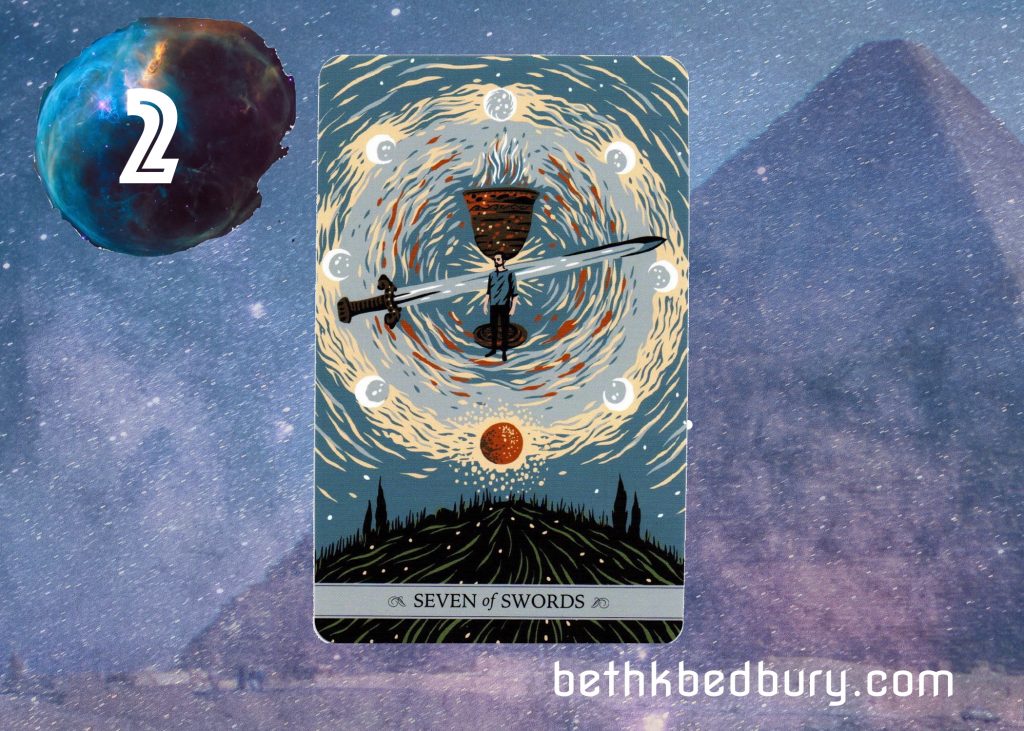 Card Three
The Priestess of Dreams

Hey, Universe here I am hear me! Start putting what you are creating out there. Simply state it aloud to yourself. Shout it out to the world, tell everyone you know. How you start this conversation with the Universe is up to you. It can be small or huge, it is up to you and that means there is no right or wrong way to pursue this dream you want. But a large part right now is acknowledge it, say it, verbalize it, and then keep doing that. That first step can be more then a bit scary to do and it is ready to leap to the end and wonder if it will work. Stay in the present with this for the moment, don’t project into the future. 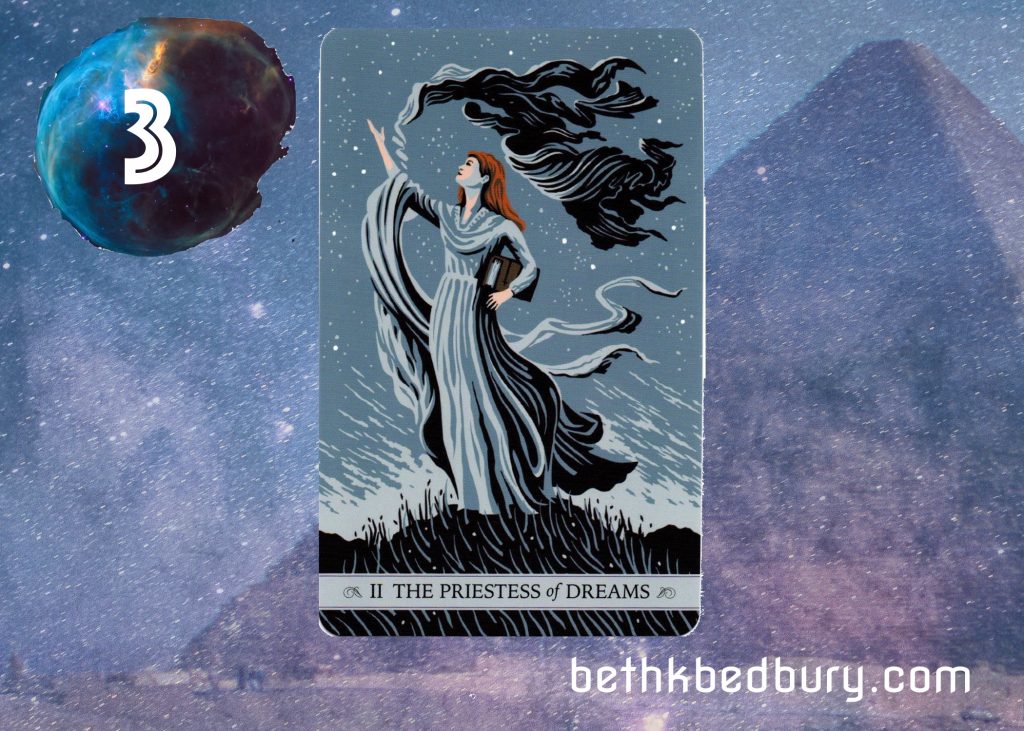 What are the signs coming to you and are you ignoring them? This has the feel of not paying attention. Things are right in front of you and you can’t see them. Slow down, take some time off, and let yourself not whiz past what’s already here. It can be all too easy to get going so fast with your nose down, getting it done, staying in the lane. Then next thing you know you missed out on several things you know you wanted because you were too focused. Bump out of this rut of speed working with some rest. That way you can see what is right here, right now. 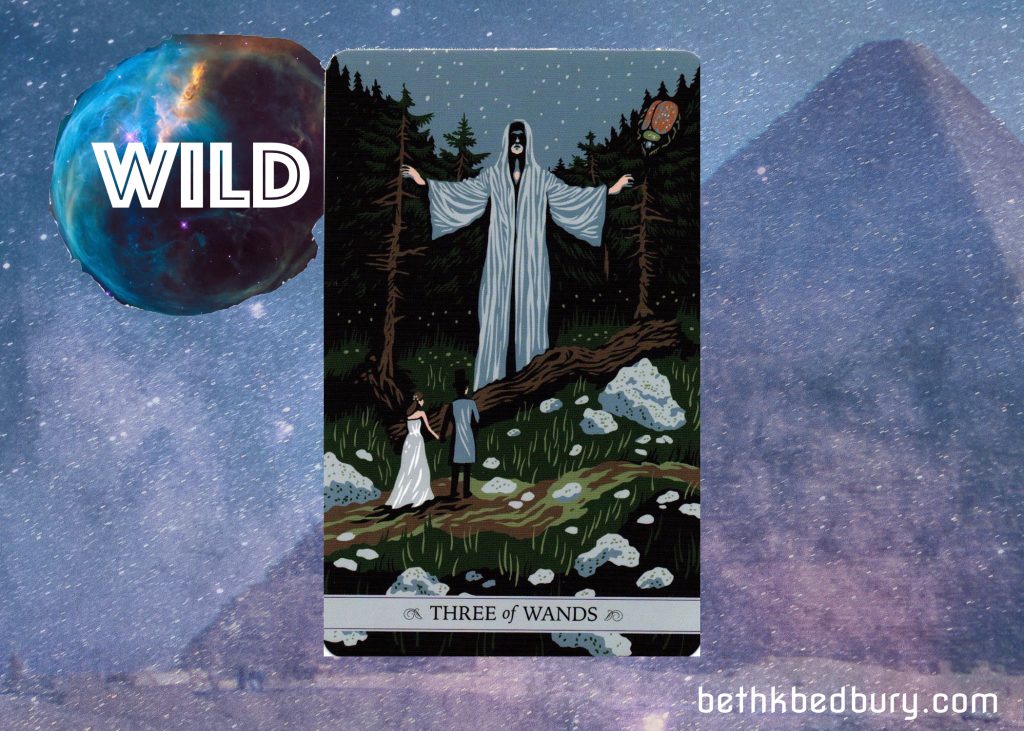 Catch me on Insta