Last year I decided to chronicle what I did at each of the eight Sabbats. About three of them in I realized I didn’t really do much for the majority of them and started to feel really lame. This year I decided to write about my exploration of the divine feminine and my experiences with the Goddesses I work with.

Ahh Persephone, the first goddess that I really connected with. In many ways still the first goddess in my heart. In third grade I poured over that book of Greek mythology all year. I read it over and over and kept checking it out of the school library. My favorite story was that of Persephone and how she became a the goddess of the Underworld. 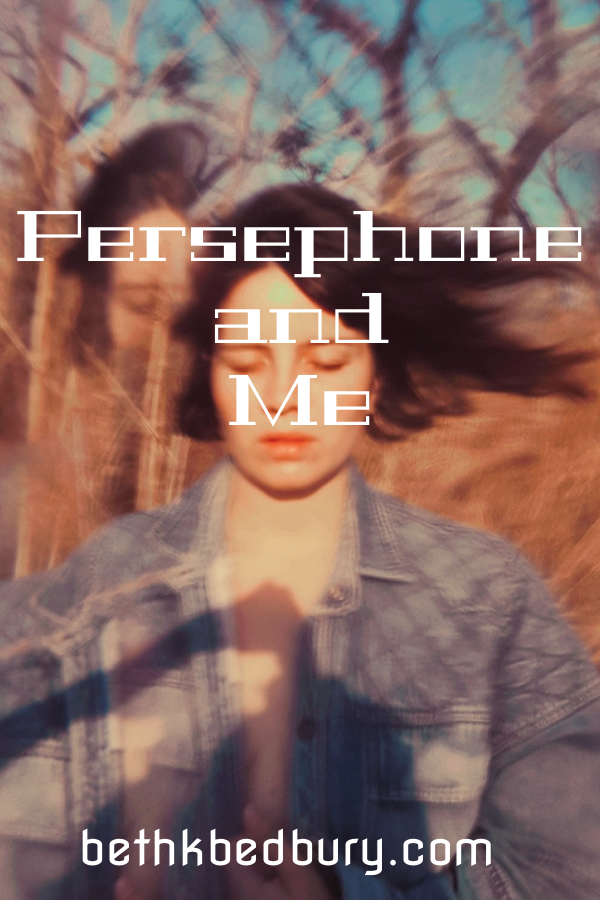 There was a poignancy and melancholia to the tale that struck me as very profound. A young woman taken away from her family and hidden away. Of course her mother mourned and as she mourned, destroyed the earth. Starved the people who depended on it for nourishment.

That one seed of fruit eaten to bind her. So close to going back to the life Persephone knew. But like all things in life, even the god’s lives, it can change and change it did. Persephone became tied to the Underworld and her mother Demeter threatened all, to bring her daughter back to her. A compromise was reached as there was no going back to the beginning and have it all be the same. All changed the moment Hades abducted Persephone the Daughter of Demeter.

This tale struck a chord deep inside of me that was the beginning of a life long love affair with myths. Myth simply means story, the word has come to mean a falsehood, which makes me sad. Such a simple little Greek word, myth, story. I kept reading about mythology and learning more and more. Robert Graves’ books on the subject along with Joseph Campbell’s were integral to me as I grew up. While I did and do study on these subjects there is only so much we can learn from a book. There comes a point where you have to leave the comfort of books behind and start experiencing.

For me Persephone was that leaping point from learning into experience. She became the first Goddess as adult that I worked with and still work with. How do I honor her and my experience of her in my life? That’s what I attempt to do. It is an balance of respect for the old but realizing I live in a world of the present. To combine the old and the new into a living and breathing spiritual faith that works for me.

The study of Greek myths and ancient culture helped me place this myth in a historical and cultural perspective but when dealing with the divine that’s just the base. I know what the books say, but that was only the beginning. It’s why there aren’t advanced magick books for the most part. Advanced magick and working with the divine has to come from experience of creating processes and relationships with you and deity. That’s where the depth comes in. Seeing her in a field of flowers. Being moved to tears by a song about her (Persephone: A gathering of flowers: Dead Can Dance), of knowing she helped set me on a path that allowed me to be open to pantheism and animism.

Persephone helped me start to explore my path outside of Lutheranism and Christianity in general. Created a base that let me move into paganism and witchcraft. She’s where it all started for me back in that library at Lockwood Elementary so long ago.

Halloween: Wheel of the Year