This deck features a lion to embody the power of the Emperor. He is strong, fast, and ready to protect. He is the ruler of all around him, he rules but he must also listen and pay attention. The Lion Emperor who ignores what is going on around him in his pride will not be the leader for long. He must pay attention to those in his care and nurture them as well as protect. There is a call to presence and awareness that comes with this version of the Emperor. 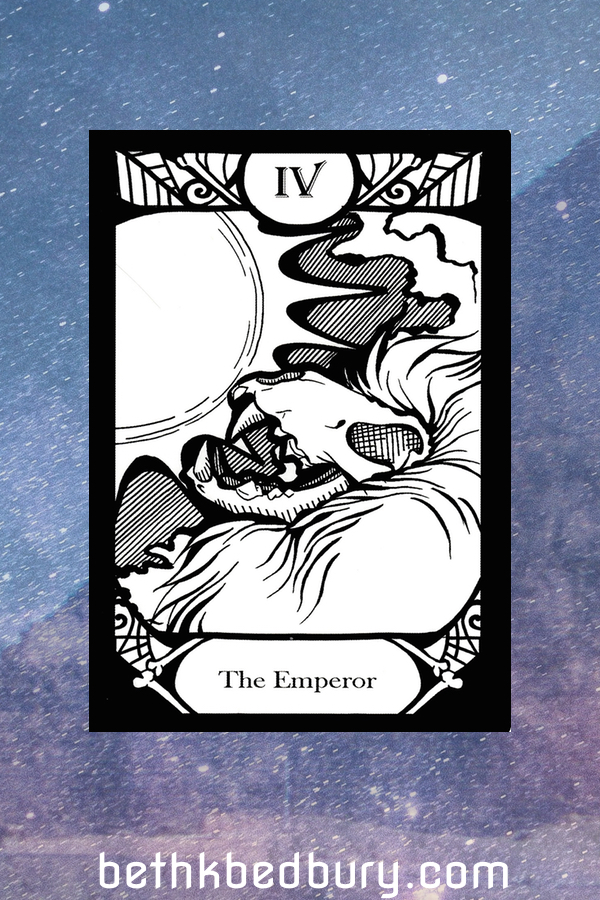 Thought Prompt
How can you be more presence of what is going on around you? How does caring and nurturing work in the male archetype?

Zeus sits on his throne on Mount Olympus he holds the world in one hand and is iconic thunderbolts in the other while an eagle perches on his shoulder. He is the king of the gods and wields great power over them and the world he is in change of. This a very traditional version of this card. He is a ruler tried and true, he holds your life in his hand and can end it in a second. But he is also roads and infrastructure, building up the world and creating an empire and a legacy. 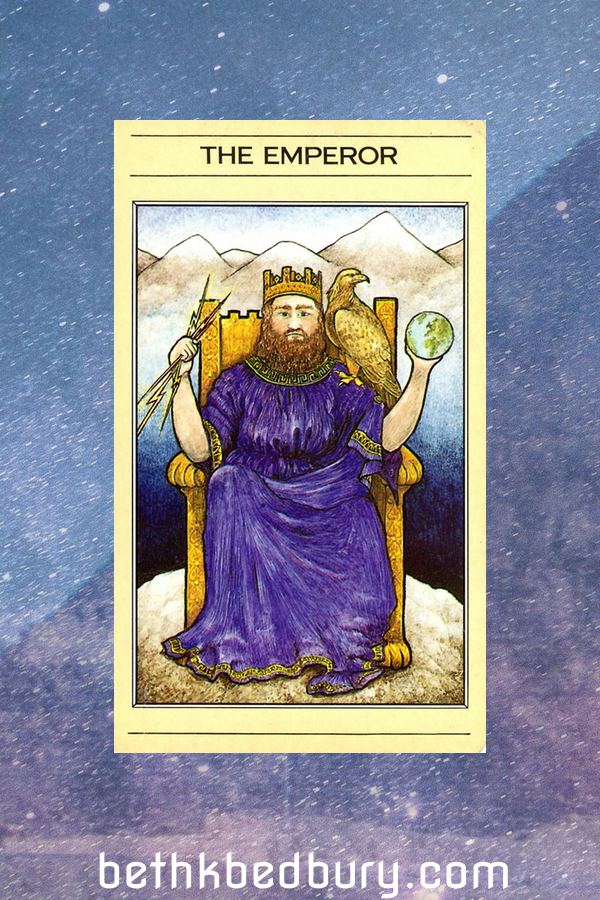 Thought Prompts
What do you want your personal infrastructure to look like? How can you create a legacy in your life?

The Emperor – The Starchild Akashic Tarot

We see another cat showing up as a representation of the Emperor. Cats, especially large ones command respect which is a good fit for this card. There is so much power that comes off this card. It is the power of using your mind and your wits to figure it out. To create what it is you are working on. This is not an Emperor who is trying to destroy things but one that wants you to figure it out and put that knowledge to work.

Thought Prompts
What do you want to bring into your life? What parts of the puzzle do you still need to figure out? How can this empower you?