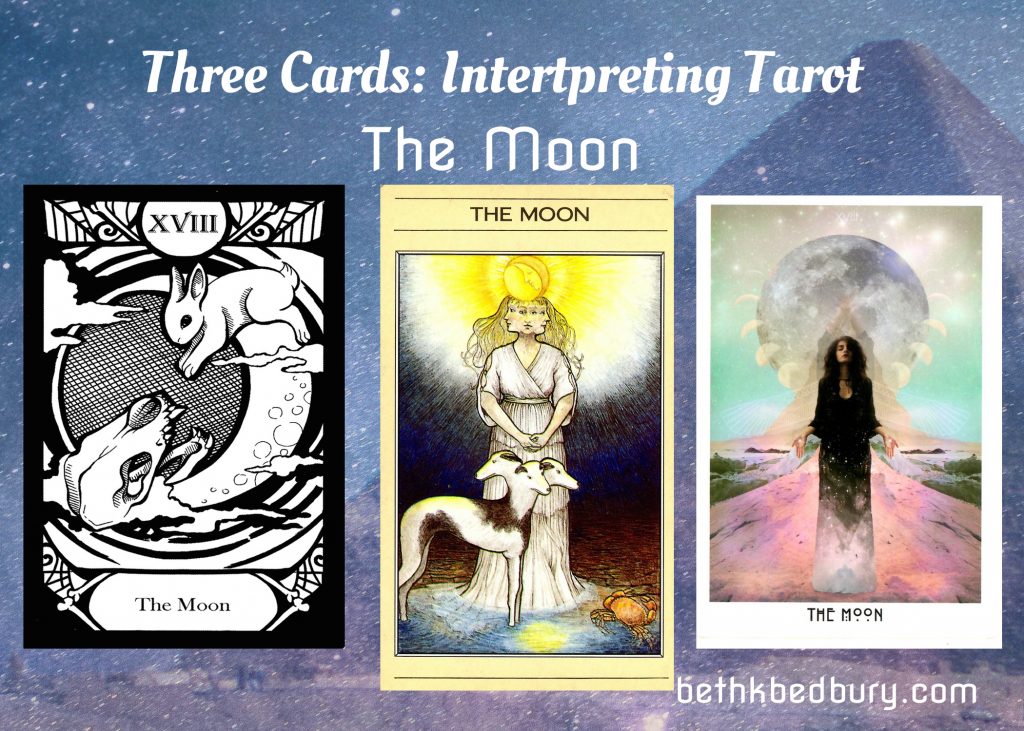 The Moon illumination and feeling lost in the shadows is one of the feeling this card can bring in. Tarot is something I read within the container of tarot. There’s meaning layered in the pictures which gives your intuition a great leaping off point. Tarot can combine intellect and the intuition and learning how those two work for you is an act of magick.

This card features a rabbit or hare which represents the moon in some mythologies. To be frank as much as I love this deck this is one of the cards I struggle with in it. For me it lacks the illuminating factor that I love so much about Moon cards in general. Is the rabbit going to be ate or is clever enough to get away and hide in the dark? It all feels a bit vague to me what’s going on. What’s the symbology going on here and how is it working with other cards? The Moon in this for me is very dependent on the surrounding cards. 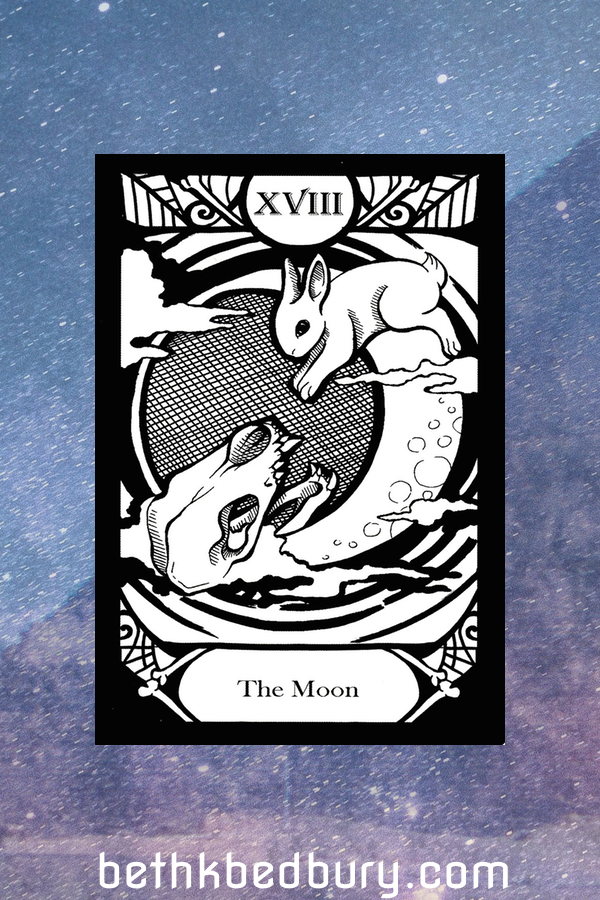 Thought Prompt
How do you react when I card doesn’t speak to you? What does this moon variation say to you?

Hecate and Fluffy, I mean Cerberus. Here we have the powerful goddess of witchcraft, female empowerment, a daughter of Titans featured on this card. It pulls in the power of the moon to impact this planet. The pulling of water and tides, what it can do to you as pretty much a living sack of water. It brings in the dark and deadly of the unknown with Cerberus the three headed dog of Hades. Where can you get lost in the dark of the soul and how can you bring yourself back into empowerment? 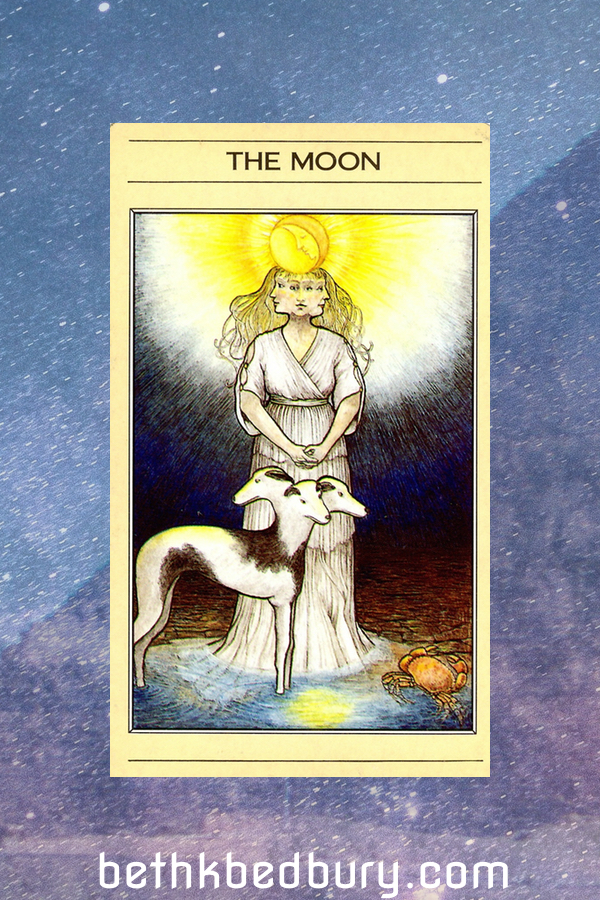 Thought Prompt
Do you hide your power and who do you hide it from? Are you headed into the dark with no thought of what it holds for you?

This card says I am the moon! Do you want to be the moon too? Then be it. There’s a power here that says yes, step into me and I shall show you all I hold. That’s one thing I like about this deck so much is the theme of empowerment and expansion that winds its way through it. It reminds you that you and the Moon are made up of the same elements and that you are stardust just like the moon. It makes you want to be this secure in your knowing in the dark and the illumination. 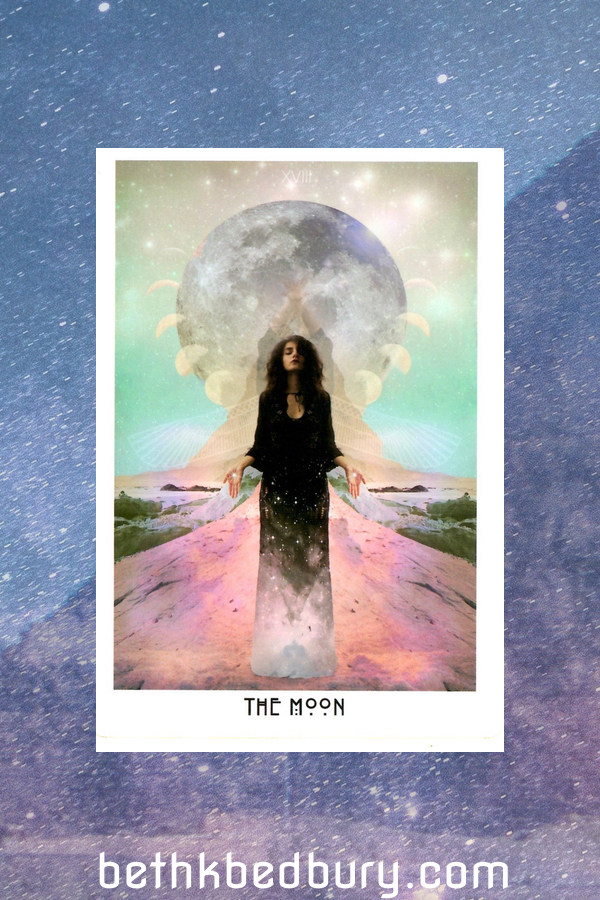 Thought Prompt
Do you relish the dark or the illumination of the Moon? Where do you tend to give your power away?